The Bearcats have released the depth chart for the annual Keg of Nails contest. Much like the Miami depth chart there are not a lot of surprises. The two deep on Offense hasn't changed at all since the Akron game. However on the defensive side of the equation there is slightly more intrigue.

The two deep is posted below 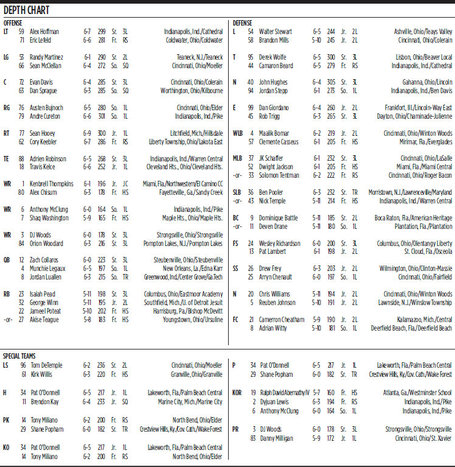 Also the game notes are available in their entirety here.