The depth chart this week has a few more "-or-"s than at any other point this season. The offense looks Identical. The two deep along the offensive line has not changed at all this season. Just the same 10 names over and over again. I will assume that Andre Cureton will again be the guy for the heavy package. I wish they would list that, but I suppose that is giving up the game a bit.

The chart is posted in its entirety after the jump. 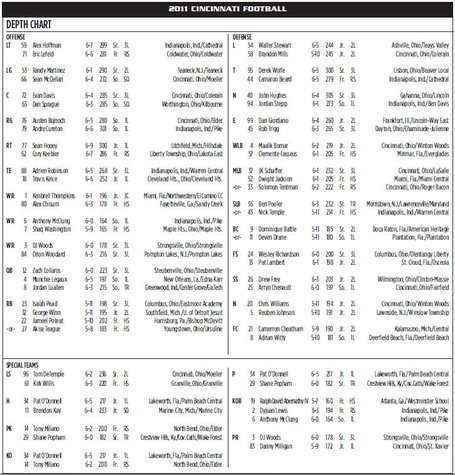