If you were to ask the coaches how they felt about having a bye week just after the start of the Big East season publicly they wouldn't be happy about it. Internally it's a different matter. The simple truth of the matter is that after the USF game this team desperately needed a bye week. They were terribly banged up, particularly along the offensive line.

As ever the full depth chart is available for your viewing pleasure after the jump. 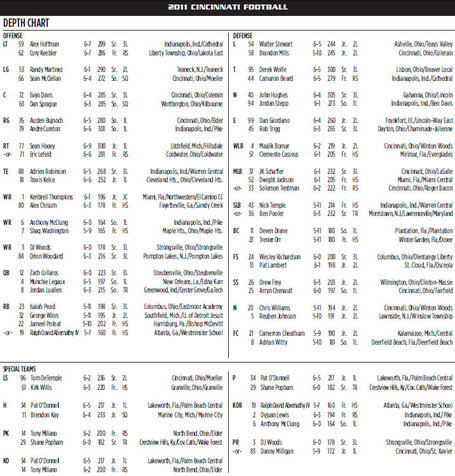