Getting To Know Austin Peay

Share All sharing options for: Getting To Know Austin Peay

It is now late May and the kick off the to the Cincinnati Bearcats Football 2011 season is just 102 days away. I have long since turned my full attention to the Football Season. But it is right about the time when everyone else in Bearcat Nation will do so as well. So taking those assertions to be fact, and not just wild speculation I am going to set about introducing you to all 12 opponents for the 2011 season starting with Lambs For Slaughter University, I mean Austin Peay State University. Hopefully Isaiah Pead will have a monster game against the Governors (seriously, that's their nickname) so I can lead with the headline "Peay gets Pead on."

For neigh on 80 years the town of Clarksville Tennessee had some form of higher education on the spot of Austin Peay today. Most of them had no relationship at all to the ones that might have proceeded it. The current occupant of that land was created in 1927. It was named for Austin Peay, the Governor of the state of Tennessee during the formation of the University. He also died in office in 1927, but I am sure that had nothing at all to do with getting the school named in his honor. Nothing at all. 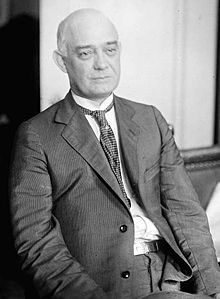 Fun fact about the namesake of the University. Austin Peay signed the Butler Act into law while Governor. The Butler Act was the law that banned the teaching of evolution in Tennessee. It was also the basis of the prosecutions case in The State of Tennessee vs. Scopes. Given the fact that Austin Peay was originally created to be a teachers college that leaves one hell of a mixed message. I think it is fair to say that Austin Peay didn't quite have the art of media management down to a science.

That is 100 per cent real. Let's go Peay is apparently the go to cheer at all APSU sporting events. And it is never not funny. It can't touch the legendary Appalachian State Hot Hot Hot video for depth of comedy or anything. But it proves that there is no law of diminishing comedic returns involved when it comes to saying "let's go Peay" again and again and again.

It is never a good sign when you see a name under the Alumni section on Wikipedia and there is a name without a hyper link to another Wikipedia article. Also not a good sign, having this entry at the top of the list.

But trudging along by far the most notable former Gov is Bob Harper, seen here with his favorite traveling imaginary chair. 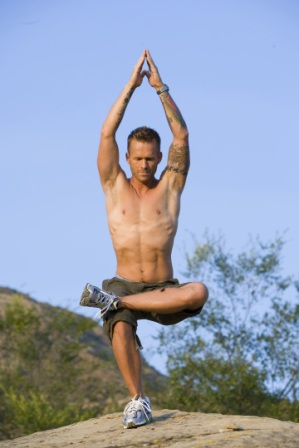 Harper noted personal trainer, TV star and guy who tries to get me to by shitty fitness products on a daily basis.

The Governors aren't exactly long on tradition, on sporting tradition really. They do play some Basketball, and have even made a Sweet Sixteen in their time. Football, however is a different story. The program played its first season in 1930. For the most part the Govs, as they like to call themselves, have been consigned to the lower ladders of College Football. In the past 10 years Austin Peay has had all of two winning seasons, posting 7 wins in both the 2002 and 2007 seasons. They have never made the FCS playoffs and have not won a conference crown in 34 years. In the world of FCS Football there are haves and have not's, the Governors belong in the latter category. Emphatically.

The Govs are coming off of a 2-9 season in 2010. They are coached by Rick Christophel who is entering his 5th season as the head man. Christophel is an alums of Austin Peay. Still, all the connections to the program aren't quite enough to win games. Since coming out of the box and winning 7 games in his first season as a head coach Christophel has won 8 games combined in the last three years.