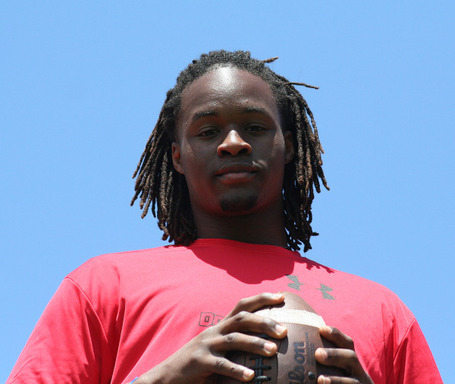 Plant City, Florida Quarterback Bennie Coney has been a name that has drawn a lot of interest from those that follow UC recruiting. I am definitely one of those people, and I have no problem what so ever owning up to that fact. Early in the recruiting process UC put out a ton of Offers to quarterbacks 13 was the count at the dawn of May. But as the guys on that list began to be picked off it became clear that it was going to be Bennie Coney or bust in terms of getting a national caliber QB recruit. Butch Jones did not go bust.

Getting Coney in the boat should pay dividends in this class because he is a well known prospect in Florida and it should help to strengthen UC's hand with guys like Alton "Pig" Howard, Travares Copeland, and D'Vario Montgomery. UC was only going to take one QB in this class and having that QB be someone of Coney's talents is a definite boon for what was already shaping up to be a very good class for Butch Jones and Co. Plus it will ensure that fully one third of next years QB roster will be dreaded  #winning.