The most talked about spot on the Bearcats Depth Chart is obviously quarterback. With the departure of Zach Collaros from the 2011 season all eyes are on the 6'5" dreadlocked figure of Munchie Legaux. For the first time in a year there is a new name at the top of the two deep at the Lindner Center. But Munchie moving to the top isn't the only interesting news from this weeks two deep.

As ever the full depth chart is available after the jump. 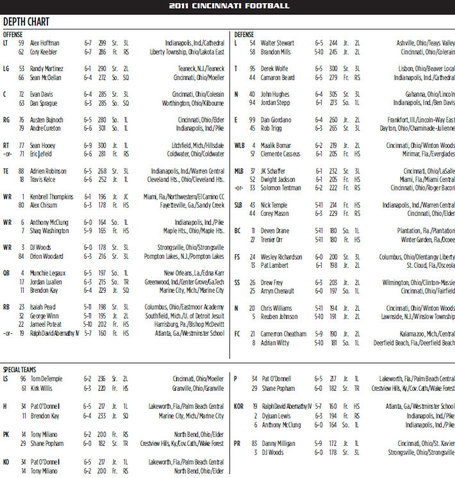