Share All sharing options for: Febrary 24th Jump Off

I figure this as an appropriate song for the day, I am unsure just how many of members of Bearcat Nation partied till they collapsed last night. If my facebook and twitter feeds are any indication the number is quite a few, which is impressive considering how many of my friends became staunchly staid and boring after graduation. But this is a day when all things are wonderful, and if not wonderful than pretty fucking fantastic which might be a step up (or a step down) depending on your stance on using swear words as nouns. I, clearly, am devotedly pro on this issue. Lets face the facts, UC is a lock for the dance right now. From here on in the Bearcats are playing for seeding which is a wonderful change of pace.

Cincinnatti's non-conference schedule can still make for a good punchline, but the Bearcats have earned their spot in the upcoming NCAA tournament. They've done it by getting their quality wins in Big East play, and now have a potential first round bye in the league tournament within reach. If Cincy shows up and defends in the first round of the NCAA tourney like it did last week against Louisville and on Wednesday night in a 58-46 win at Georgetown, it'll be a nightmare for whoever they draw.

Cincy just about punches their ticket: Ballin is a Habit

That said, how many teams can claim four wins as good as Xavier, St. John's, Louisville, and Georgetown? How many teams can say they own wins on the home floor of two teams in the top 25 of the RPI? When we broke it down based on Monday's RPI standings, Pitt was the only team in the country that had two RPI top 25 road wins. In all, only 23 teams had one RPI top 25 road win.

Like it or not, that is an NCAA Tournament team.

That has been the case for UC. RPI top 25 wins are few and far between with most at large teams, UC has four of them, two of them on the road. Lock.

The numbers you need to know: ESPN

2. Not a great night for Georgetown. First, starting point guard Chris Wright breaks his left hand. Then the team falls at home to Cincinnati 58-46, courtesy of one the worst offensive performances in recent Hoyas’ history. Georgetown shot just 25.0 percent from the field, its worst in a game in the past 15 seasons. The 46 points were tied for the fewest in the past 10 seasons. Austin Freeman was the only Georgetown player with multiple field goals, as the rest of the team combined to shoot 5-for-35 from the field. Without Wright for most of the second half, Georgetown shot 17.4 percent from the field and only made four shots.

Cincinnati's NCAA hopes look quite secure after the school's first road win over a Top 25 team in seven years, while Georgetown's immediate future is suddenly very cloudy because of Chris Wright's broken hand.

How Not to Start a Second Half Award:
Your Georgetown Hoyas. For the first 8 minutes and one second of the second half the Hoyas were out-scored 14-2. Pathetic. It may have been worse but I had to go the bathroom and bang my head against the urinal at the TV timeout.

That's not the way I would choose to handle a bad stretch, but hey, to each their own.

And they did it with a swarming defense that held Georgetown to 25 percent shooting, a season low for one of the nation's most efficient offenses. Georgetown's previous worst shooting performance was 38 percent in a loss to Pittsburgh.

Austin Freeman, Georgetown's leading scorer, snapped out of his slump. He scored 15 of his team-high 19 points in the first half. But a reinvigorated Freeman didn't get much help from his teammates. In fact, no Hoya other than Freeman made more than one basket.

That is still astonishing to see in print. Every time I read a variant of that I am tempted to run to a box score to double check that its true.

They did it with defense, playing more zone than they have all year, mixing it with occasional man-to-man looks, and changing up their full-court pressure to limit the nation’s second-best shooting team to 25 percent shooting.

UC held the Hoyas, who shoot 49.7 percent as a team, without a field goal for the first 10-plus minutes of the second half and limited them to 17.4 percent shooting (4-for-23) in the second half.

The Cincinnati Bearcats defeated the Georgetown Hoyas on Wednesday night by a final score of 58-46, putting themselves in great position to make the NCAA Tournament for the first time since 2006.

The Bearcats (22-6, 9-6 Big East) came into the game still rolling after narrowly avoiding disaster in their win over the Providence Friars last Saturday. With the win, the Bearcats have now taken two in a row on the road in the Big East.

But, more than anybody, I felt happy for Mick Cronin.

No, his team didn't hear its name called on Selection Sunday yet. But, the win over Georgetown makes the committee start writing the name in pen.

At some point over the past five years, everyone took shots at Cronin, myself included. Some were valid. Most weren't.

Rebuilding UC was a job nobody wanted. Picking up the pieces without players to do so in the most difficult conference in the country required time and probably a trip to the neurologist.

The Cincinnati Bearcats improved to 22-6, 9-6 in the Big East by working over the Georgetown Hoyas tonight. The Bearcats had the Hoya offense off balance all night, using a zone defense and just pure hard effort. The Bearcats held Georgetown to 12-48 shooting from the field. Twelve of forty eight. The Bearcats were powered by a man effort from Yancy Gates. The big man threw up a 17-12 double double. He was helped by Dion Dixon, who had 17 off the bench, and Rashad Bishop, who had 12. Bishop hit the dagger, a 3 with the shot clock running out after Georgetown closed the lead to 8 at the under 4 timeout.

Georgetown point guard Chris Wright had surgery Thursday on his broken left hand and is expected to return to the Hoyas before the end of the season.

There were times when Pead looked like one of the best running backs in the nation, not just the Big East. He burned Oklahoma for 169 yards on just 21 attempts. He had 197 yards against Miami (Ohio) and 145 versus Louisville. And then there was the epic, 213-yard, five-touchdown game against Rutgers.

Wow, I never would have guessed Pitt led the nation in containing explosive plays. It sure seemed like the Panthers gave up a lot in the passing game, didn't it? And yet they allowed fewer 20-plus yard passing plays than anyone in the FBS (while ranking 25th against the rush). Excellent defensive numbers for many Big East teams here, including a surprising appearance by Cincinnati. UConn was mediocre at stopping big plays and terrible at making them; numbers simply don't explain the Huskies' success in 2011. Greg Schiano must be cringing at that 107th ranking for his normally sound defense; the Scarlet Knights seemingly gave up all those plays in the rout at Cincinnati.

I have broken down this team pretty extensively and I am stunned by that ranking in stopping big plays.

52 points. Marshon Brooks scored a Big East and Providence record 52 points in a 94-93 loss to #9 Notre Dame on Wednesday night. Brooks was almost good enough to overcome a Providence defense that was picked apart almost from the opening tip, but we'll have the rest of this season and an entire offseason to dissect what ailed the Friars this season. There will be opportunities to bemoan the fact that Brooks has had such a great season on a bad team, but tonight, the focus is all on the exceptional night , and season, of Marshon Brooks.

Tonight Brooks became the first player to ever score 50 points in a Big East game - amazing when you consider the number of great scorers this conference has seen. He tied Marvin Barnes' 38 year old Providence record for points in a game. He tied the record for field goals made in a Big East game. He is the only player to ever score 50 against Notre Dame.

I was under the impression that Rashad Bishop did a below average job against Brooks. Then Brooks goes for 52 and suddenly his performance looks rather stellar in comparison.

Basketball is now the show at SDSU: Dana O'Neil

Two years ago, Beau Bearden decided he needed an alter ego, so he went to a costume shop and settled on a green getup that would mask his identity yet show his personality.

He decided to be a gecko. Because, of course, beating deep inside every college student is the heart of a gecko.

that is a hook. 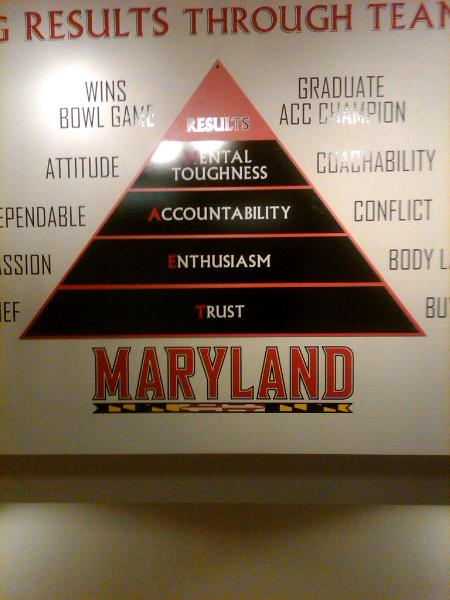 He is clearly no Ron Fucking Swanson

The most decadent emperor of all: The Sunday Times

One of the most striking paintings on show at the Royal Academy Summer Exhibition in 1888 was a vast canvas by Alma-Tadema: "The Roses of Heliogabalus". It depicts a notorious dinner party supposed to have been given by the Roman Emperor now more often known as "Elagabalus". The Emperor himself (his features carefully copied from a bust in the Capitoline Museum in Rome) reclines with his chosen dinner companions at a high table; they are all watching in apparent fascination, as vast quantities of rose petals cascade down over the less important guests reclining at the tables below. At first sight, it is a classic scene of Roman extravagance. But, for those who knew the stories of the depravities of the Emperor Elagabalus, who ruled the Roman world between 218 and 222 AD, it was something much nastier. For this must be his notorious dinner party at which, according to one Roman writer, so many flower petals were released from the ceiling that "some guests were actually smothered to death, being unable to crawl out to the top". The Emperor and his friends are, in other words, enjoying the spectacle of a weird and ingenious murder (or, on a more generous interpretation, of a clever trick that is about to go fatally wrong).

you have my attention