Getting To Know Tennessee

Share All sharing options for: Getting To Know Tennessee

Its time to discuss the marquee match up for the Bearcats non conference schedule, the September 10th match up with the Volunteers of Tennessee. I get that Tennessee isn't exactly Tennessee right now. But they are a name program, and as such the match up with them automatically scales up a couple of notches.

Knoxville has been a center of education for well over 200 years. The predecessor schools to the University of Tennessee were founded in 1794. Working back from the current moniker there was East Tennessee University, East Tennessee College and Blount College. I think that the last one was founded by a time traveling LeGarrette "Falcon Punch" Blount. Can't confirm that, but it is a suspicion. (By the way, if that joke prompted you to do a youtube for "LePunch" like it did for me check out the reaction of Chris Peterson. He looks like that one friend who always has to take care of the drunken hot messes as the bar)

The founder of what would be UT was Samuel Carrick, seen here practicing the vital and delicate art of sheep sheering. 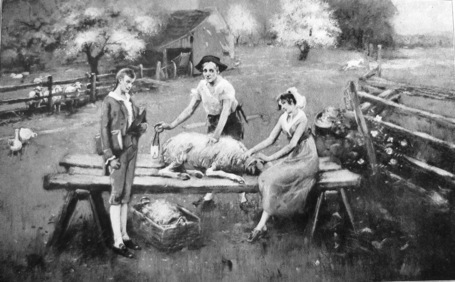 Carrick was the president, and only faculty member of the nascent Blount College. In his time as an educator he was absolutely prolific, graduating one student in round about 15 years as a teacher. My guess is that he weirded people out with his crazy eye routine. He certainly did with me.

I could take the easy way out and just post a video of Vol Nation belting out Rocky Top and call it a day. That would be even easier considering that the song was written in a hotel room in Gatlinburg Tennessee, which coincidentally is the only place I have heard of a Cincinnati resident going on vacation to. But I am not going to do that, even though I kind of already did.

No, I would like to call your attention to the Vol Navy. 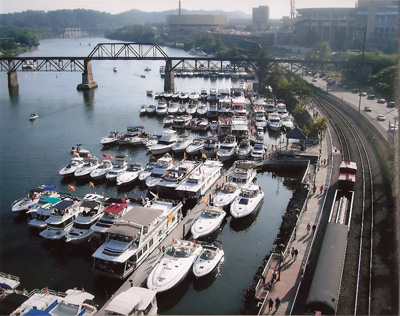 The basic genesis of the tradition is that traffic is Knoxville can be fucking ridiculous on Gamedays. In an effort to circumvent said traffic problems some enterprising spirits decided to take advantage of Neyland Stadium's close proximity to the Tennessee River. It started with one little boat and has since evolved into something that I imagine is kind of like Lake Havasu with much less public nudity and accordingly Joe Francis nowhere to be seen.

I really was going to use this space to make fun of Jim DeMint basically because he is a pretty consistent foolish walking joke. However while virtually strumming through the list of University of Tennessee people I came across the names Cormac McCarthy and Kurt Vonnegut and decided that it should kind of stop there. So lets just go with this. 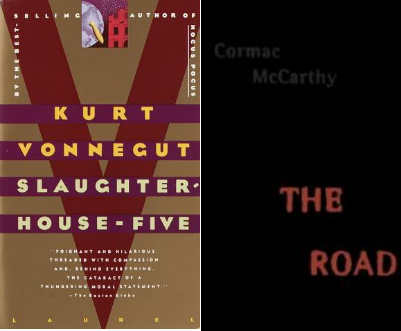 In between saw through the utter collapse of the Phil Fulmer era, the ushering in of the oh so brief Lane Kiffen era, and now the Derek Dooley era. The early returns on the Dooley era have been OK given the um, difficult circumstances. But OK doesn't cut it for long in Knoxville. For me the defining movement of Dooley's first season has to be the LSU game. It was really an all time match up for eccentric game management.

Tennessee is basically the Turkey of the SEC.