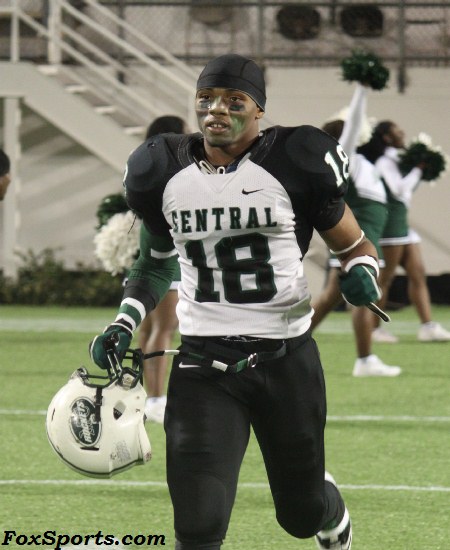 Jackson was a member of an absolute monster of a class at Miami Central. In total the Rockets sent 15 players on to Division 1 schools, 9 of them to BCS schools. This group actually rivals the notorious 2008 class of Central's most bitter rivals, Miami Northwestern. That class also went 9 deep for BCS prospects, 8 of them to Miami including Marcust Forston and Jacory Harris.

With that kind of talent it shouldn't be that shocking to find out that Central won a state championship prevailing after going down big early in the game against an abundantly stacked Dr. Phillips team from Orlando. Jackson was an integral part of a defense that rebounded big time after a disheartening season opening loss. After giving up 45 points in the opener the rockets allowed just 11 points per game the rest of the year and posted 5 shutouts. On the year Jackson posted 87 tackles and was listed with 25 sacks, but I am 99 per cent certain that he didn't actually get 25 sacks. His reward a spot on the All Miami Area first team defense and the opportunity to have this picture published. 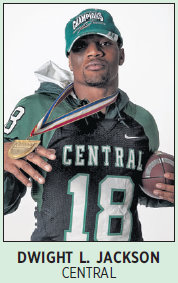 We should probably be thanking him for that. Jackson chose UC in mid January. At the time of his commitment he had reported offers from Kansas State, Kentucky, Vanderbilt, Mississippi State and USF.

The first thing you need to keep in mind is that while Jackson played with his hand in the dirt at Central he is going to be a linebacker here at UC. He is obviously hyper athletic and very quick off the ball so physically the transition from DE to LB shouldn't be that big of a difference. He is a solid tackler, is good in pursuit and just is generally a good, aggressive hard nosed football player.

Where he is going to struggle though is fitting himself into a defense. As a defensive lineman it is really very simple. Find ball, get ball. At it's core that is all that defensive line play is. But the moment a player steps back off the line the defense gets much more complicated. The fact that Jackson is making that transition from high school to college adds a couple of degrees of dificulty. But he is smart enough to figure it out. If Vandy came in with an offer that is obviously true.

Very good. Jackson was one of the six early enrollees this year so he was on the campus for spring and those reps he got in those 15 practices will certainly pay off. My sense is that Nick Temple is a little more advanced in terms of his understanding of the position but I think that both will get game action this season. In an ideal world I would like to see Jackson Red Shirt this year to get more accustomed to the position. But as we all know by know that is a luxury that this staff probably won't have this year with the linebackers.