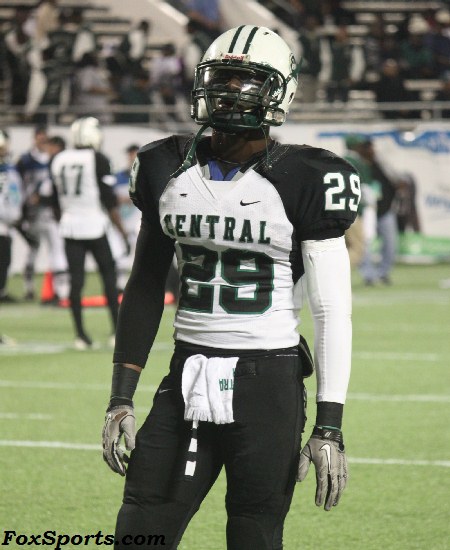 Phillips is one of two Miami Central Rockets to sign with the Bearcats, the other being Dwight Jackson. Phillips was a part of Miami Central state title winning team and part of a real bumper crop of talent. Phillips was the leading tackler for Central last year. Like his teammate Jackson Phillips was named to the all Miami Area first team defense.

Truth be told I can not give a even remotely accurate accounting of his skill set or abilities. There is next to nothing out there in terms of video and I obviously have not been able to see him play. He doesn't have the the longest of offer sheets. His only reported offers came from UC and Texas Tech. I respect Tommy Tubberville's ability to evaluate talent, particularly on defense, and if he liked Phillips enough to offer him that pretty high praise in my book.

With the late additions to the roster of Ben Pooler and Greg Blair I think it's likely that Phillips will take a red shirt this year. Linebacker depth is still a going concern but UC signed 4 guys that are going to be playing linebacker in last years class and some of them need to take a red shirt to balance out the class and I think Phillips is one of those guys.

And now a word from the sponsor of this post