Sean Hooey is a mountain of a man, this much is true. He was forged from the explosive collision of his parents, Asia and the Sub Continent. His parents met, or rather were forced together, had a rather tumultuous courtship and in due time Hooey sprang forth from their fiery embrace. Many man have tried to scale him, few have succeeded in their attempts to conquer the mountain man known as Sean Hooey. Here is Hooey practicing his pass set against the rest of the Himalayas 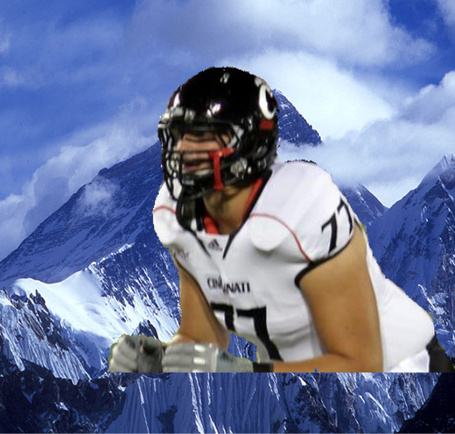