Share All sharing options for: June 7th Jump Off 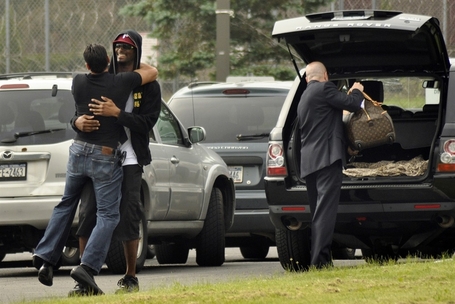 Which is more homoerotic? Drew Rosenhaus's awkward manhug or that Plaxico Burress may in fact own luggage from Coach?

On to the Jump Off..

Watch out for Cal, Miami and Cincinnati in '11-12 | AthlonSports
Patrick Snow knows whats up. UC returns a core of players that also happen to be the Bearcats' best shooters. Add to the fact that Mick will bring in his best recruiting class since his time as head coach and Cincinnati could be a force next season. There are still big questions like how much of a drop off the defense will have by losing the likes of Bishop and Davis as well as the health of Cash's knee, but I think UC could win 20+ games again next season.

Career OL Starts Returning and % of Lettermen Returning
What's scary about next season is how young the O-Line is. UC ranks 101st with 39 career starts by the O-Line. Steele also discusses the % of letterman returning but I wanted to talk about the other stat. As everyone knows, the offensive line was porous at best for most of last season and what worries me about next season is not only are they young, but I don't have any faith in Don Mahoney developing them into a somewhat functioning unit. Sorry, Don, but I've lost just about all of my faith in you ever since you forced Hooey to the bench in favor of Cobb.

Lancers refuse to be denied at end this time | Cincinnati.com | cincinnati.com
If he makes the grades and joins UC next season, Rodriguez Coleman is going to be a star for the Bearcats. Not only does he excel on the football field, but his speed and quickness have transferred perfectly to track and field where he help La Salle win a state championship by scoring points in each of the events in which he participated.

Politi: Inspired by Eric LeGrand's injury, Greg Schiano hopes to change kickoffs | NJ.com
This actually sounds like a good idea, all be it kind of crazy. It's at least better than the NFL's idea of moving up the kickoff spot up 5 yards, which essentially eliminates kick returns and puts special teamers out of work. The NFLPA is already pissed off at the NFL as it is. If this rule axed all of those players, they might just end up kidnapped Roger Goodell. But, back to Schiano's idea- He's essentially replacing kickoffs with punts, which still allows for a return but can eliminate some of the hitting by allowing for a safe catch. Also, the kicking team is in a 4th and 15 situation, so if they want to try for the 1st down, they can. I told you it was crazy. But I like crazy.

SPORTSbyBROOKS » Audio: Stewart Asked Writer To Smear Holgorsen
Apparently Colin Dunlap at a Pittsburgh radio station talked with Bill Stewart last December. Needless to say, he didn't have the kindest of words to say of Holgorsen such calling him a 'scumbag' and basically getting on his knees and begging Dunlap to dig up dirt on him. Who knows if what Dunlap is saying is true but what we do know is that there is an epic bloodbath building in Morgantown.

THE BALLAD OF BILL STEWART AND DANA HOLGORSEN - Every Day Should Be Saturday
And it doesn't stop there. Spencer over at EDSBS put this little piece together. Well done, sir. I'll be looking for the youtube video later this week. 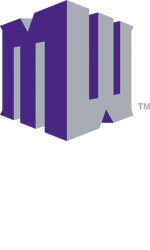 Queen decorates Nepali for Afghanistan heroics - Yahoo! News
This is just amazing. Dude fended off the attack of Taliban soldiers by killing more than 30 of them single-handedly!

SoCon seeks hoops boost | timesfreepress.com
Charlotte is aggressively building a football program from scratch to move up to the FCS level. Personally, I think they deserve a shot as they already have a solid basketball program and are in the largest city in North Carolina, one of the fastest growing states in the country.