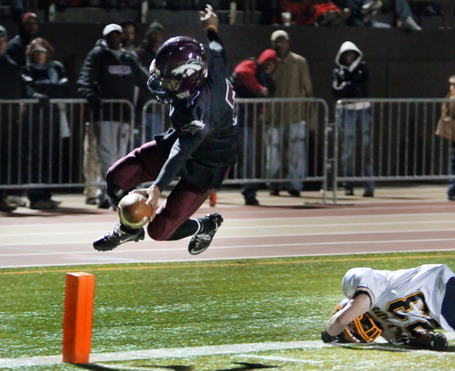 The first time that I saw Shaq Washington play a game was the 2009 State Championship game against the Warriors of Winton Woods led by then UC commit Dominique Brown. That Warrior team ran roughshod over Shaq's Mustangs, but I cam away very impressed with Shaq, not so much as a quarterback, though he passed for over 200 yards, but as a general playmaker.

Washington knew that at 5'7" or whatever his actual height it he best shot at the next level was at receiver. So while he played QB at his high school he worked the camp and combine circuits as a WR. As far back as his sophomore season he was winning acclaim on the recruiting circuit.  Last year he had another great spring and was accorded a high three star evaluation by just about every recruiting service. He made the rounds and had starring turns at the Army Combine, Michigan, Ohio State and finally at the Gridiorn Kings event in Orlando.

He parlayed that summer into a frankly dominant Senior season. The offense that Maple Heights ran this season was built around the abilities of Shaq. He was an OK passer, he threw for over a thousand yards as a Senior but he dominated games by running the Football. He got over the hump and delivered a state championship to the Mustangs with a dominate performance in the state title game against one of the deeper defenses you will ever see with Nick Grigsby, Bam Bradley and Cameron Burrows. Shaq took over that game. He was the smallest player on the field, but he played bigger than every other guy out there. The key stat from that game? Washington ran the ball on 19 consecutive plays to kill off the game and seal the Championship.

Washington enrolled in January after graduating from Maple Heights in December.

Shaq has the ability to contribute at any position because he is about as athletic as they come. The best thing about him is without doubt his quickness, and I am not talking about burst of the line or in lateral sense. Some people are quick in one way, Washington is quick in every way. The suddenness of his movements is really impressive and it goes a long way to offset the biggest knock on him, and that is size. Shaq was listed at 5'9" and 170, but coaches lie, and high school coaches do it more than anyone. He is probably closer to 5'6" than he is 5'9"  and if he is 170 then I am I don't know, something bad, too lazy to develop a proper metaphor right now. Shaq might be 170 by the time he gets to fall camp, but I doubt it right now. If I had to pick a player for comparison I would probably say Dante "Magic" Love the former Withrow QB standout cum All Star Receiver for Ball State. (lets just all pretend there is no jinx there for making that comparison)

Still injuries will be a going concern for the duration of his career. He picked up a bone bruise on his knee in the first game of the season and missed a game because of it. Then this spring he had a badly sprained ankle that kept him out of the end of Spring drills. At his size he will be more susceptible to being injured than his teammates.

The outlook for Washington is good. Injury concerns aside Washington enrolling in January was a boon for his chances to make a significant contribution to the team in 2011. And it is not just the acclimation period either. Shaq was on campus in time to start the winter conditioning program. I can't think of a player in the current class who would have benefited more from partaking in that process. The fact that he was around in the spring and had a chance to show what he can do for the coaches before the absolute madness that is fall camp is big. I don't think he will take a starting job away from Kenbrell Thompkins, D.J. Woods or Dyjuan Lewis, but he will be a pretty prominent back up for a group of receivers that was absolutely starved for depth last season. He could even contribute in special teams as a return man, though I think that his buddy Akise Teague will end up being the chief returner by the end of the season. Still, get used to a whole lot of #7 in the years to come. 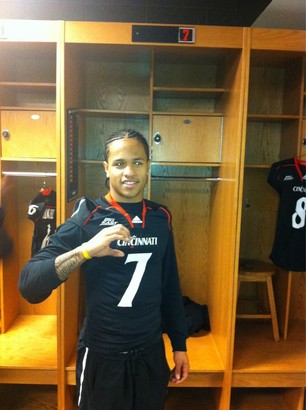